If you are stopped for suspected drunk driving in Texas, a police officer may put you through one of these standard field sobriety tests, including the Walk & Turn Test, the One Leg Stand Test or the Horizontal Nystagmus Test before deciding whether to charge you with a DWI or DUI. However, none of these tests is entirely accurate. They also may require mental and physical abilities that you do not possess because of medical conditions, stress or physical stature.

If you failed a field sobriety test and were charged with drunk driving, your freedom and your future could be in jeopardy. You need the Austin, TX DWI defense attorneys at Minton, Bassett, Flores & Carsey, P.C., to review your case.

Call us today at (512) 476-4873 or contact us through our online form. We know how to challenge field sobriety test results for drivers in Hays, Bastrop, Caldwell, Burnet, Comal, Travis and Williamson counties. We will defend your rights and reputation.

An officer asks you to walk heel to toe for nine steps in one direction and nine steps in the opposite direction. While walking, you must count out loud while making a specific type of turn. The test is premised on the idea that an intoxicated person could not perform the multiple tasks of walking, counting and turning at the same time. Police officers are supposed to identify eight specific signs to decide whether your performance in the walk & turn test indicates intoxication and merits a DWI or DUI charge.

An officer asks you to stand on one leg while keeping the other leg more than six inches off the ground and counting to 30. The officer will try to identify four signs that indicate whether you are intoxicated. Like the Walk & Turn Test, a person’s poor sense of balance and nervousness could skew the results, regardless of whether the person is drunk or sober.

An officer asks you to follow a pen with your eyes in this test. The test is premised on the idea that eyes have a natural shaking action, or nystagmus. If you are intoxicated, the shakiness is visually evident from your eye movements, and the officer is able to discern the nystagmus.

However, this test is flawed in two ways: 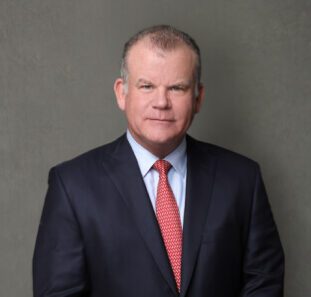 I was blessed with the recommendation that a really good friend given me, they had referred me to Jason Ortega. I researched and interviewed him and I knew that he had my best interests in mind I was blown away that he really truly put himself in my shoes as a father and cared. He checked in on me and assured me that everything was going to be alright in the toughest part of my life.

Sam Bassett is among the top five criminal defense lawyers in the state of Texas. Smart as hell, crazy experience, works like a mule and loves to go to trial. He can take an expert from the other side – cold – with no notes – and make that expert forget who’s paying him.

Jason was extremely professional and well prepared for anything my divorce threw his way and boy was there many… to say the least. Although thankfully I was able to come to an agreement in mediation, Jason was ready, willing, and with guns a blazing ready to fight for me and my wants in court if needed. I am so thankful I had Jason as my attorney and would highly recommend him to anyone.